Getting Comfortable in the Boredom

What I had going for me was that I was a hard worker who could focus on a single task for a prolonged period. Little did I know the hours of sitting at my piano, attempting to be the next virtuoso; the weekends and evenings I converted our game room into my own, personal dance studio in the hopes of becoming the next Martha Graham; and the countless hours I poured over books into the wee hours of the night thinking maybe someday I would discover something cool in space like Dr. James Van Allen would never bring me fame, fortune, or notoriety.  I would never be an elite pianist, dancer, or scientist.

James Clear points out in his book “Atomic Habits” that “boredom is perhaps the greatest villain on the quest for self-improvement.” When Mr. Clear realized his baseball career was over, he turned to a new activity: weightlifting.

He joined a weightlifting team and one day an elite coach visited his gym. “’What’s the difference between the best athletes and everyone else?’” he asked.  “’What do the really successful people do that most don’t?’” After listing the obvious attributes like “genetics, luck, and talent,” the trainer responded, “’At some point it comes down to who can handle the boredom of training every day, doing the same lifts over and over and over.’”

This hit me like a ton of bricks.  “That’s me!” I shouted to absolutely no one in my bathroom one morning as I listened to “Atomic Habits” on the Audible app while getting ready for work.  “I’m THE BEST at the boredom!”

Like most people who double major in Spanish and Communication Studies, I spent the first decade of my career in wealth management.  At 23 I was hired by Principal Financial Group (now just “Principal”) as a Benefits Service Representative.  The job was to travel out to the company’s largest 401(k) clients – those with $25MM+ in assets – and conduct the enrollment and education meetings in both Spanish and English (perhaps now the career path makes more sense).

The challenge was that they had just brought on a new client and needed to get reps out as soon as humanly possible, so my cohort of hires and I had just 30 days to pass our state Life and Health and Series 7 exams.  The catch was that we would need to do our studying at night because there was a 35-page script we needed to memorize and, all 4 of us being in our early 20’s, we needed to learn how to command a room of union factory workers to get the desired outcome for our clients.

We all tackled the state Life and Health exam first as our coworkers told us, “It’s easy!  You only need a week to study to pass.”  Everyone passed.  Except for me.  I failed.  You must wait a week to test again, so I worked with my boss to develop a new study strategy for the Life and Health and began my work studying for the Series 7.

I remember the leaders in our department telling us, “Here’s how you pass the Series 7.  Follow this study plan, memorize this sheet, go to this class, and you’ll pass.”

There was a plan.  All I had to do was execute the plan.  Every night I would get home, sit down at my kitchen table, and complete that day’s part of the plan.  Sleep, work, repeat.

I passed the Life and Health exam the second time around, and on the day of the Series 7, after nearly 4 hours of answering questions (they gave us six, but I finished a bit early) my heart beating in my chest, I clicked “submit” thinking, “Well, I followed the plan.”  Pass.

I remember calling my dad and saying, “Well, I passed my Series 7.”  “You’re a licensed stockbroker now?” he asked.  “Oh no,” I replied.  “I don’t think so.  It’s just something I had to get so I could give these presentations for my new job.”  Ignorance is bliss.

After a year of traveling all over the country, only ever sleeping in 3-hour increments because of the need to deliver presentations to every shift of workers, driving hours in the middle of the night to get to the next client location, and racing to and through airports, I decided this wasn’t the job for me.

I was fortunate to have internal support at Principal and my boss helped me transition to a sales department.  I had been a great presenter – persuasive, educational, and able to get plan participants to enroll in their employer sponsored retirement plans and increase their savings rate.   Sales seemed like a natural fit.

There were 60 people in my department and every month I ranked somewhere between 56-58.  Clearly NOT such a natural fit.

I hated my CPRs more than anything in the world. I never did anything right.  I never sold anything.  I left every session feeling defeated, worthless, and one step closer to being shamefully fired.  Never showing weakness in public, I would wait until after my CPRs were over and go to bathroom to cry.

One day, my direct supervisor was out so another supervisor filled in for her.  His name was Jon Goergen, and I say with all sincerity that this man changed my life.

I was already on probation for failure to perform and I’ll never forget Jon looking at me and saying, “Angela, why are you one of our lowest ranked performers?” Weakness took over and I burst into tears.  “Because I’m terrible at this job.”

“You’re not.  You’re doing all the right things, but in the wrong order.”  Jon pointed out everything I did right and encouraged me to re-order my process.  He also gave me one of the greatest gifts of my career, and I have worked every day of my life to pass it on to others.  He gave me confidence.

I went back to my desk and implemented the new plan.  I followed the plan and did not deviate from the plan, even when it wasn’t successful.  I learned to identify why the plan perhaps failed and made adjustments to increase my odds of success with the next prospect, improving maybe .1 of 1 percent each time, but I did not abandon the plan.

Within a week I was climbing out of the 50’s.  Within 2 I was into the 40’s.  When my regular supervisor returned to work and we had our next CPR she asked me, “What’s changed?” I told her that Jon had really helped me see the work in a new way and to her credit, she asked if I’d like to be transferred to his team.

Within 2 months I made my way into the top 10, then the top 5 and never fell out of that standing.  Some months I was our top producer, other months it was one of my coworkers.  We worked together, learned together, laughed together, and cheered each other on even as they overtook our own standing.  Looking back, my time in the bullpen with Nick, Kyle, and Jeff was the most fun I have ever had at work and when I learned the most in a short period of time.  I’m still a fan of bullpens.

When you have a strong leader, a great team that shows up every day, laser focused on the work, and a plan, you cannot fail. All you must do is trust the plan and execute.

Whether you are fundraising for a nonprofit or striving to acquire net new assets in your advisory practice, having a plan, executing on the plan, and not abandoning the plan when times get tough are the keys to ultimately reaching your goal.

I worked with hundreds of advisors throughout my wealth management career and the ones who show up at the same time every day, go through the same morning routine (read the WSJ, the morning notes or internal communications on the markets/product lines, review the day’s calendar), and center their practice around client facing activities are the ones who see long-term, consistent growth in their practices.

When the market crashes, they maintain the same routine, spending a little more time on the phone, at lunch, or in meetings with their clients.  They do not deviate from the plan even though calling a client or prospect means talking about how much the client/prospect is losing rather than how much they are earning.  They do not abandon the plan when the current outcomes are not favorable.

In the nonprofit sector – especially in small nonprofits (annual budgets below $1MM, accounting for roughly 92% of nonprofits in the U.S.) – I find that few even have a written plan to raise money.  Those that do often abandon the plan quickly when something goes wrong.

“We tried a monthly giving/legacy/annual appeal once, but it didn’t work.”

“We lost funding and had to let people go, so there was no one to do the work.”

“We had someone here who was going to do that, but she left. No one else has time.”

In contrast, those who engage a good team – and this can mean contracting a consultant like Broad Oaks Consulting – develop a plan, execute the plan, and don’t abandon the plan can experience wild success.

Take our client SoléAna Stables.  In 2019, they were struggling to raise the funds they would one day need to purchase land for their equine-assisted therapeutic riding program for people with special needs.  We developed a plan.  We have executed on that plan consistently, even when some campaigns weren’t overly successful.

Today they are raising 580% more on an annual basis than they were 3 years ago and are poised to double their revenue again in 2023.  With this funding, they will be able to purchase their own ranch, get the 107 Riders with special needs currently on their waiting list, off the waiting list, and fully launch their new veteran’s program, “Horses for Heroes.”

After their second win against the Mariners on October 13, 2022, someone asked Jeremy Peña how the Astros were managing to pull out wins. His response was that they have a great team that shows up to practice every day to work; they have a game plan; all they have to do is execute on that game plan; and the key is to not abandon the game plan when your first at bat isn't successful.

José Altuve, arguably one of the greatest batters of all time, had 25 unsuccessful at bats in the 2022 postseason before pulling out his first run.  What can we learn from this that we can take back to our offices tomorrow?

Have a plan.  Get comfortable in the boredom.  Execute the plan.  Do not abandon the plan.

Will your current plan help you achieve your desired outcomes?

Take our Organizational Impact Quiz to find out if your foundation - your team, your tools, your plan - is solid enough for you make your desired impact.
Take the Quiz
« The Great Disconnect
5 January Activities to Keep your Fundraising Momentum Going » 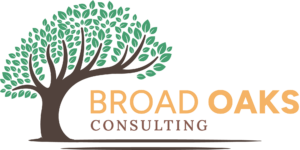